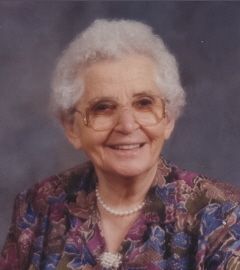 My mom passed away today.  It was 10:30 AM and the sun was shining through her bedroom window. It was also shining in such a way that the snow sparkled like tiny fairy lights.  I was with my mom when she left this world and entered into Glory  where she  heard the Lord say “well done thou good and faithful servant”.   I will miss her so much.  She was a very special mom.

When I was little, she would tell me this lovely story.  My dad and mom were married for 11 years and had given up on a family of their own.  One morning she noticed that the flag on their mailbox at the top of their driveway was facing up.  To her surprise, it was a letter from their social worker in Winnipeg telling them that there was a six-month-old baby girl waiting for them.

My parents told me the story about my adoption and it became one of my favourite bedtime stories from as far back as I can remember.  The story I was told is as follows: The next day my mom and dad went into the city and were taken to this house with a huge room filled with babies in cribs.  They spent several hours looking around until they saw me and immediately told the social worker that I was the baby they had to have.

Needless to say the story was somewhat exaggerated since prospective parents were never shown a room full of babies to choose from but I loved that story and it made me feel very special while I was growing up.

My mom was very patient with all my questions which were many.  When I was three years old I began to ask one question over and over again.  I asked my mom what happened to the lady who had given me to them.  Finally after weeks of trying to ignore my question since mom had no idea what happened to the lady, she said that maybe the lady had died.  I was quiet for a while and then looked up at her and said, “well you could have let me go to the funeral.”

My mom was born on May 27, 1921 in Georgstahl, Ukraine Russia.  She was the eldest of eight children and had many wonderful stories to tell about immigrating to Canada when she was five and  about life on the prairies.  It was a hard life but a rewarding one.

On July 1, 1942 she met my dad and after a short courtship they were married on November 22, 1942. They celebrated their 64th wedding anniversary just a few weeks before she died.

Mom was a multi-talented woman and a strong leader in her church and the community. She was well known as a skilled seamstress and I reaped the benefits as did many of the customers whose clothes were altered during the years that she worked at Rieger Clothing in Steinbach.  She enjoyed working within her church and did all jobs and tasks as a service to the Lord.  Activities she enjoyed the most were visiting mothers and babies who had joined the Cradle Roll, teaching Sunday School, being a church receptionist and leading her beloved Mission Sisters.  Highlights of her community contributions were helping the Hospital Auxiliary, spinning at the Mennonite Heritage Village Museum that included interacting with so many grade school students from many of the school districts in our province and tourists from around the world.   She also worked for the Weight Watchers Organization.  Mom enjoyed the fellowship and companionship of other women born in 1921 as a member of the “21 Club”.

She was a devoted wife and mother and a hands on grandma and great-grandma. Even as her life was ending mom wanted others to know that Bennie and her 5 girls were the most precious things in her life.  Each of her 7 grandchildren and 4 great-grandchildren were her special treasures.  Mom gave her family a wonderful gift just prior to her death. On November 21st and 22nd , despite prolonged periods of unconsciousness and a body racked with pain Mom was able with tremendous effort to give each of us a personal message of support and encouragement.