Posted on February 9, 2021 by widebertha 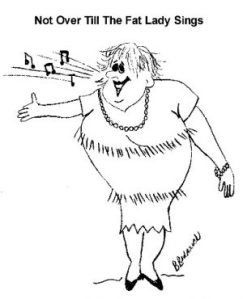 Greetings from a very cold Manitoba.  To begin my post today I will give you some idea about the weather conditions we have been facing since late last week.  Friday, February 5th weather announcement included an extreme cold warning.  It continued on to say that a period of severely cold wind chills continues.  This extreme cold will persist for a few days.   An Arctic ridge of high pressure has allowed for a very cold air mass to settle over southern Saskatchewan and southern Manitoba. Along with winds of 10 to 20 km/h, extreme wind chill values between -40 and -50 are expected over most of southern Manitoba and Saskatchewan once again today.  The bitterly cold air will remain over the Prairies for much of the next week.  Extreme cold puts everyone at risk. ¹Steinbachonline

I had a CT scan at St. Boniface hospital on February 6th. The temperature was -28C with a wind chill factor of -41C. There was a 30 km wind.  Waiting rooms are very different in this time of COVID.  During the wait for my CTS can there were only ever 3 people in the waiting room.  We were placed in different corners of the room.  The chairs we sat in were wiped down as soon as we moved to a different location.

Now begins the wait for results which is always stressful.  After my last two CT scans the result was not a pleasant one.  Thankfully the doctors realized later that the bad results were a mistake.

It has been a really rough couple of weeks health-wise. I will be seeing an endocrinologist and hope I can convince him to up my thyroid meds. My dilemma reminds me of a blog entry I made in 2002. The entry reads as follows: “On June 11, 2002, the College of Physicians & Surgeons of British Columbia succeeded in temporarily suspending the medical license of Dr. Derry, a Victoria, British Columbia MD who has successfully treated about two thousand thyroid patients. His success was often after specialists had been unable to help these patients. The College did this after removing Dr. Derry’s thyroid prescribing privileges in November 2001 and assuring a Supreme Court judge in December 2001 to investigate Dr. Derry’s thyroid treatment practices. Instead of carrying out their court assurances, they looked through files of Dr. Derry’s patients +with other health conditions and used the non-thyroid-related deaths of two patients as grounds for suspending his license.”

Dr. M. Derry listened to how his patients felt and prescribed thyroid medications accordingly. He did not prescribe by the results of a TSH test.

“The College had thus left Dr. Derry without the ability to prescribe thyroid medication for seven months, and then without the means to earn a living. This interim suspension had been planned to coincide shortly before summer when the College Executive Council members would be taking vacations. All this had happened without a fair investigation into Dr. Derry’s treatment and despite his huge success in treating thyroid patients.”

On June 25, a Supreme Court judge, Mr. Justice Pitfield, stated that self-governing bodies must be more accountable. Unless the College holds an investigation into Dr. Derry’s treatment by September 30, 2002, the suspension of Dr. Derry’s thyroid prescribing privileges and medical license will no longer be valid. This investigation, if it takes place, must be based on clear evidence.

The College will tell you that this hearing is about a doctor whose treatment is “dangerous.” Patients of Dr. Derry will tell you that it’s about a witch-hunt of a successful MD who treats patients the way he was taught in medical school because it works—but which doesn’t fall in line with what pharmaceutical companies push or what sometimes misleading lab results may indicate.”

This excerpt was taken from http://www.bites-medical.org/dderry/.

In closing I wish you all good health.  Keep warm and keep safe. 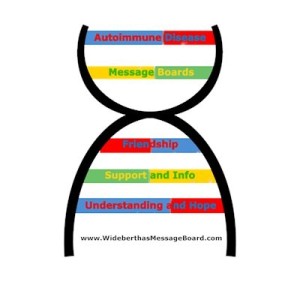