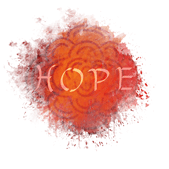 My husband and I are getting our second Moderna vaccination on June 17th. It will be such a relief to finally get the vaccinations out of the way and hopefully, after a two-week waiting period, we will be able to venture out into the big world. Mind you we both decided to keep wearing our masks when in public places and avoid shopping centres and restaurants as much as possible. There have been COVID19 outbreaks among people who have been vaccinated

Healthwise the past four weeks have been rather miserable. The dosage of my thyroid medication, Synthroid, is much too low. As I have mentioned before the doctor removed Cytomel 25 mcg from my medication regime and lowered my Synthroid dose from 200 mcg to 175 mcg. Instead of being able to talk to my family doctor about my medication concerns I have been relegated to one of the RN’s working at the clinic. I realize that the clinic I go to is one of the testing locations for COVID as well as a vaccination site. This of course puts extra work on the family doctors working at the clinic. However, I have been dealing with these medication problems since July 20, 2020, and no one is listening to me. The RN I see takes down my complaints and shows them to my family doctor. The answer I get back after their consultation is that they are not willing to up my Synthroid and so I suffer.

This past Monday I met in person with the RN. We discussed the sores on my legs and arms and he made an appointment for me to see a nurse practitioner on June 21st. She will take biopsies of the infected areas and hopefully, that will give us some answers. He also gave me my third pre-surgery checkup. Dr. Murray is the plastic surgeon who will be performing the breast reduction and panniculectomy. I was pleasantly surprised when two weeks ago I received a letter from Dr. Murray stating that the surgery was still in the works and would happen as soon as possible.

I thought I had a phone appointment scheduled with my family doctor on June 11th to finally discuss my thyroid issues. However, it was a nurse practitioner who called and took down my concerns. She called me back a short time later to tell me that they were having no luck scheduling an appointment for me with an endocrinologist. She gave me the number and suggested that I keep trying to call the endo’s office to make an appointment. So far no luck.

It seems that the government is lifting some of the restrictions that were put in place to try to deal with the increase of COVID19 infections in Manitoba. Sadly there are always the people who think they know best and try to convince others to ignore the restrictions and refuse the vaccinations. I think it is especially pathetic when a pastor leads his congregation astray by giving them false information from the pulpit. This is a pastor of a fundamentalist church whose women are degraded by the way they have to dress and by the way they are expected to raise their children. There is an arrest warrant out for this pastor and hopefully, he will be behind bars sooner than later.

Image of a normal thyroid and an enlarged thyroid.