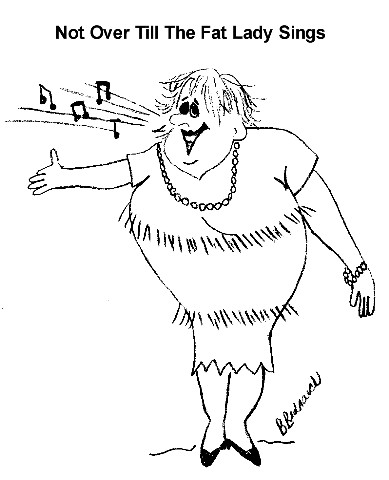 As a blogger, I have neglected my duties and I apologize yet again. It seems as if I go through periods of writer’s block when absolutely nothing inspires me to write.

We here in Manitoba have finally been granted some nice temperatures hovering between 20C and 24C. However, checking the forecast this morning I noted a “special weather statement” for southeastern Manitoba. The statement reads as follows, “a powerful Colorado low will bring more rain to much of southern Manitoba for the start of the week. The first band of showers and thunderstorms will move in from the south this afternoon and several more are expected before the system finally departs Tuesday evening. Broad rainfall totals of 30 to 50 mm are expected, but precise amounts and timing remain highly uncertain due to thunderstorm development on both sides of the international border. Heavy downpours with much higher localized amounts are possible”.

According to Wikapedia a Colorado low is a low-pressure area that forms in southeastern Colorado or northeastern New Mexico, typically in the winter. After forming, the system moves across the Great Plains.[1] Colorado lows can produce heavy wintry precipitation, and have a general east to northeast movement, impacting regions as far north as Winnipeg and as far east as the Atlantic coast. If upper-level conditions are right, the jet stream can push the low farther south, bringing wintry precipitation as far as Texas. When pushed this far south, the system is often referred to as a “blue norther“.[citation needed] On the more typical track, a Colorado low can be similar to an Alberta clipper.[2] In the winter Colorado lows are responsible for a majority of the snow that the Midwest receives; however, summer systems can trigger long-lasting convective systems, including severe weather.[3] Spring and early summer Colorado low cyclogenesis can result in significant tornado outbreaks over the Great Plains and Midwest.

This past winter and spring we were bombarded with Colorado Lows or Alberta Clippers. We seemed to be bombarded with one blizzard after another, occasionally only days apart. One would pass and another one was right behind it.

Again referencing Wikapedia, an Alberta clipper, also known as an Alberta low, Alberta cyclone, Alberta lee cyclone, Canadian clipper, or simply clipper, is a fast-moving low-pressure system that originates in or near the Canadian province of Alberta just east of the Rocky Mountains and tracks east-southeastward across southern Canada and the northern United States to the North Atlantic Ocean.[1][2][3]Alberta clippers constitute a major winter-season storm track for extratropical cyclones in the Northern Hemisphere, tracking across the continent in 2–3 days while affecting weather in parts of the Prairies and central provinces of Canada, as well as the Upper Midwest, Great Lakes, and Northeastern portions of the United States. In rare cases, when a deep upper trough is located over the eastern half of the U.S., they can even impact the plains, Mid Atlantic and Southeast United States. They are associated with cold, dry continental air masses and generate small-scale, short-lived weather events typically producing 8–15 cm (3-6 inches) of snow in a 3-6 hour period. However, they can precipitate sudden temperature drops and sharp winds leading to local blizzard conditions, especially when interacting with moisture from the Great Lakes.[4] [5]

Ever since the pandemic hit my doctor appointments have been “phone appointments”. This type of appointment eliminates the need for a large gas purchase and the inconvenience of sitting in a car for an hour which is the time it takes to drive to Winnipeg. Another plus is that the phone appointment eliminates the need to “dress up” and make oneself presentable to the public at large. The latest phone appointment with my cardiologist was positive. The blood pressure readings I emailed him before my appointment showed an improvement. However, some worrisome spikes were noted. The ECG showed occasional periods of tachycardia. My cardiologist recommended that I continue with the once-a-day blood pressure readings for another month.

These past few months I have been researching hypertension. Blood pressure readings of 200/110 and higher scare me. These high readings are accompanied by pounding pain in my head, a tingly feeling all over my body, dizziness, and nausea. When my blood pressure spikes at night while asleep the above symptoms wake me. According to the Preeclampsia Foundation at https://www.preeclampsia.org., and quote, “women with pre-eclampsia, particularly those who develop the condition early in pregnancy puts women at increased risk for heart disease as well as stroke and high blood pressure later in life. Large population studies have demonstrated that two of three pre-eclampsia survivors will die of heart disease. That’s news to most survivors of preeclampsia and often – sadly – to their doctors.” I certainly was shocked when I read this since I suffered from Pre-eclampsia with both of my pregnancies.  People with preeclampsia — particularly those who develop the condition early in pregnancy — are at greater risk for high blood pressure (hypertension) and heart disease later in life.

I would really like to hear from my readers who have experienced pre-eclamsia and developed hypertension. You can email me at widebertha@gmail.com or use the Your Story link in the menu.