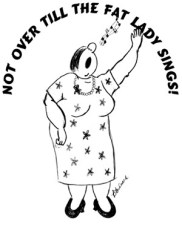 Oh, where to begin.  As you will have noticed on my February 5th post that there is not much love lost between me and the useless family doctors that were foisted on us since 2017.  I was ready to go escape into the wilderness.

My husband made a second visit to the Provincial Minister of Health.  As the meeting came to an end the Provincial Minister of Health told my husband he could put his name to any correspondence with Doctor Find or the College of Physicians and Surgeons.  As soon as this happened my husband wrote a letter of complaint to the big boss at Doctor Find.  It did not take long and she was on the phone with us.  After promising to fix what happened to us she put Numskull on the phone.  My husband held the phone receiver for 15 minutes while Numskull went on and on until she had talked herself out.  When finally able to get a word in edgewise my husband told her that we expected her to find us a proper, educated doctor.  Not even 30 minutes later she called us to let us know that she had the name of a Winnipeg doctor and clinic that were willing to take new patients.  Very impressive after the ridiculous information we were given during her first phone call to our house.

This clinic almost seems to good to be true.  It is located close to Bishop Grandin in Winnipeg.  Peter was first to have an appointment with the nurse practitioner.  She was very concerned that there had been no followup by his then family doctor or by a cardiologist following his heart attack in October.  Peter told her about his concerns especially his high blood pressure.   The nurse practitioner immediately made an appointment with our new family doctor.  Peter saw him five days later and the new doctor changed his blood pressure medication.  His blood pressure was under control within 24 hours.  The new family doctor sent Peter for blood work and an EKG.  Amazing this new doctor called my husband on a Sunday afternoon to voice his concerns over the recent bloodwork.  A doctor that shows this much concern is a keeper.  He faxed a second requisition for more blood work the next day.

My appointment with the nurse practitioner happened a week later.  I was very impressed with her approach and her concerns about my medical issues.  Unless she is a brilliant actor, I believe I can trust her to advocate for me.  I have an appointment to meet my new family doctor early in April.

On to a lighter topic.  Several months ago while browsing in the local thrift store one afternoon I noticed a whole wall of frames, some with pictures, some with matts and some just empty frames.  As anyone who knows me knows that I love to cover my walls with pictures, watercolours, oils, prints and other forms of artwork.  Family photos are hung on the main floor hall as well as on the shelves and walls in the downstairs family room.  That afternoon I bought up as many frames as I thought would work for me and thus a new hobby was made.  Since then I have spent many enjoyable hours searching for frames at the local thrift store and mixing matts and frames with suitable pictures.  My only problem is that I am fast running out of wall space.

So much for today.  Will try to blog more frequently.